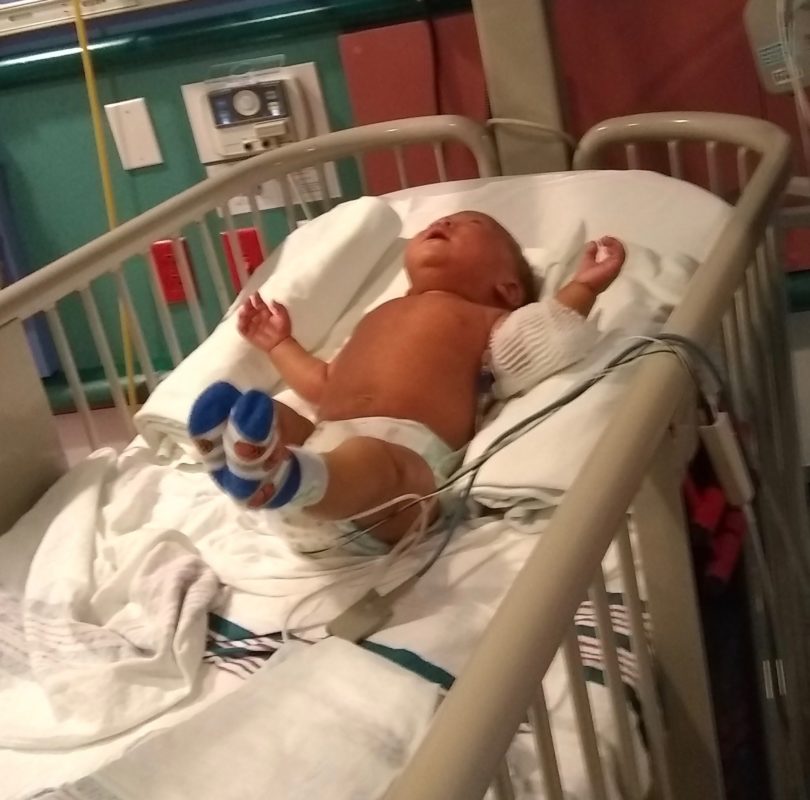 He was 6 months old and misdiagnosed by the ER for 3 days I fought with them discharged over and over again till day 4 met a disease specialist and he rushed us to valley children's hospital. He waited till day 7 to be completely considered Kawasaki disease kid. He was given his IVIG treatment and finally his fever and full body swelling and rash began to subside . He's been fighting battle after battle since then he's 1 and 1/2 years old now. One day at a time I worry every day but I'm praying someday I will be over.

He was misdiagnosed with the flu

He still has nightmares fewer and fewer but he has leg pains and his growth is way behind he's only 19lbs. And he has a little appetite.