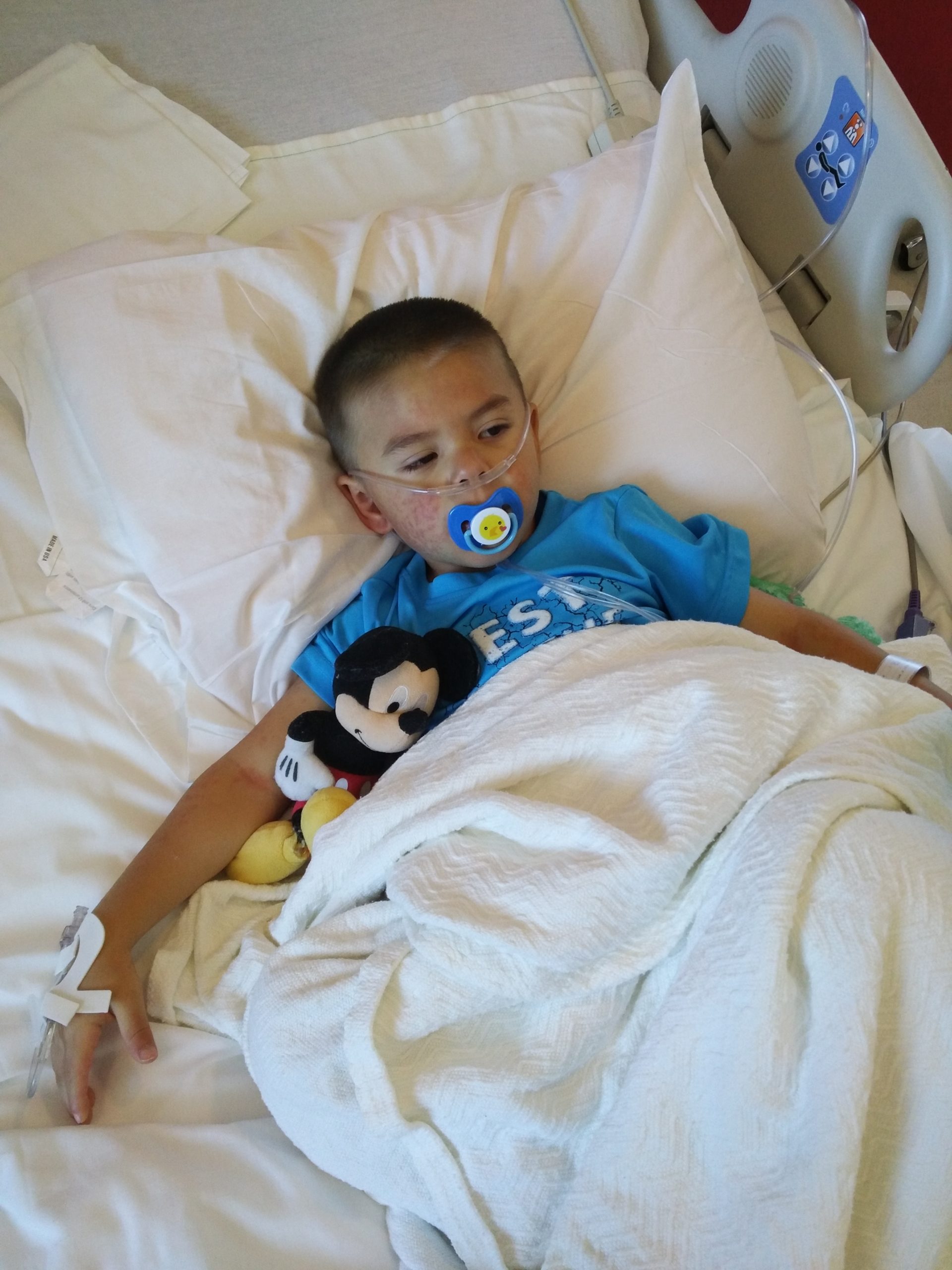 Damans first symptom was a 104° fever and an extremely swollen and painful lymph node on the left side of his neck. On the third day of his fever I took him to his pediatrician which diagnosed him with a lymph node infection and prescribed antibiotics and sent him home. Later than night he began vomiting and having excruciating stomach pains which lasted for about 6 hours. The next morning he woke up completely covered in a horrible rash. At this time we took him to out local ER where we waited for another 5 hours for them to diagnose him. Still without a diagnosis he was transferred to the specialty care unit of a children's hospital 4 hours away. About 9 hours after his arrival at the children's hospital he was diagnosed with Kawasaki. He was started on the first round of IVIG later that night and seemed to have improved the next morning but the following afternoon all of his symptoms returned so he had to have a second round of he IVIG treatment which thankfully was successful. He spent a total of 7 days in the hospital but is now home thanks be to God!

He is finally home but still taking aspirin and being monitored weekly by his pediatrician and cardiologist. We are hopefully for a full recovery but we're told it is a long road.

We are getting discharged from the hospital today! His is anemic, has high blood pressure and the cardiologist did spot some abnormalities in his heart. He has to continue to take medication and have regular heart check ups but hopefully there will be no long term damage. He is very happy and excited to be going home!