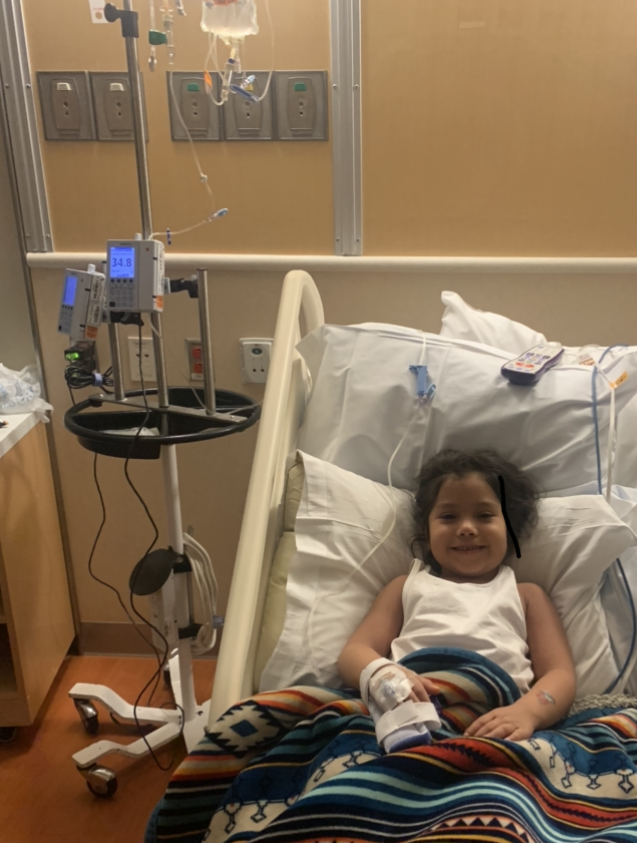 Day one my daughter broke out in a rash with swollen lymph nodes she also complained of stomach, had a fever of 104°, with vomiting and diarrhea. We took her into the ER they told us it was strep and scarlet fever and prescribed her amoxiclav. The next day I took her back because her urine was dark brown and she was screaming because of her stomach pain.They said it was due to the scarlet fever and the medication and to go home. Day 3 I kept her home but her fever was still really high but I thought maybe she needs time for the medicine to work. Day 4 I took her back to the ER because her fever, and stomach pain. At this point her hands and feet were so swollen. Again they gave us a different antibiotic and said her had hepatitis and to go home and to see a pediatric GI doctor. Day 5 I took her in to the GI doctor and she said it was acid reflux and sent us home. As a mother I knew something else was wrong. So I drove straight from the GI doctor to Children’s hospital. The put her in to the ER room right away. They had her open her mouth and there is was the STRAWBERRY tongue. At our children’s hospital they have a Kawasaki clinic and a research team so they were very familiar with it. They admitted us that night They diagnosed her Day 6 and treated her with IVIG that night. It seemed like it was working and on Day 7 she started showing symptoms again. So we discussed a second treatment. We decided to go with remicade on Day 8. After the second treatment on Day 9 we waited the 24 hours and by Day 10 we were able to go home. She’s was still itchy because of the crazy snake like peeling. She’s finally back to her normal self after week 4.