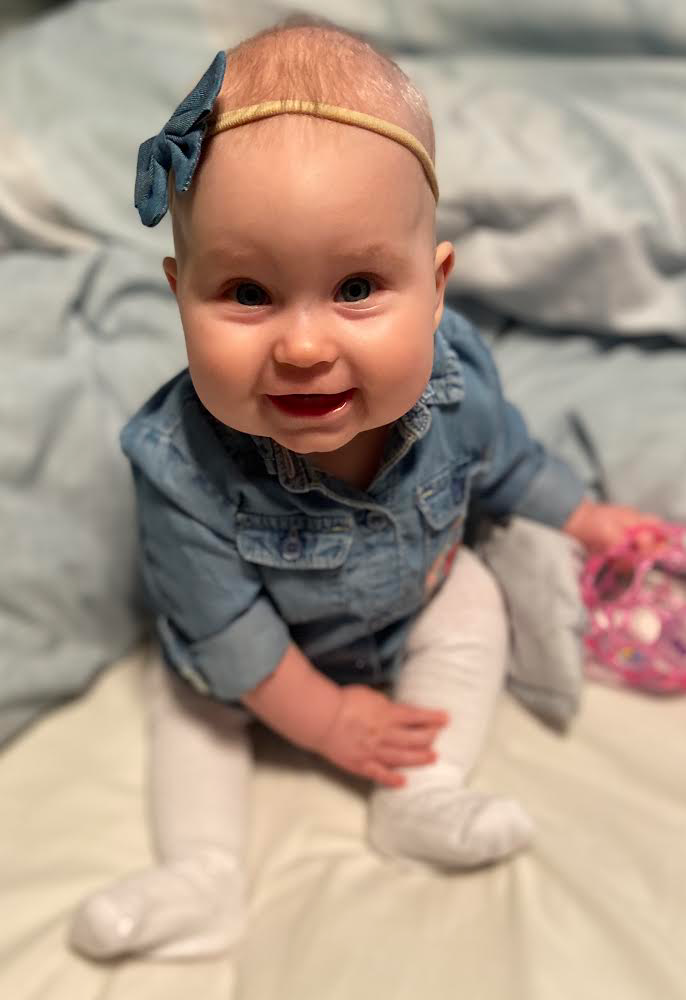 In August 2019, we noticed our daughter’s eyes were red and didn’t think anything of it. The next day she started running fevers. At the age of 11 weeks, we were recommended to go to the emergency room and sent home and told to “ride it out”. A couple days later, we were back at the pediatricians office. Our child had continually ran fevers, was not eating as well, not sleeping through the night, and much more fussy than normal. We were sent to the hospital for labs, and then sent to the ER again and once again sent home. After thirteen days of continuous fevers, sleepless nights, and almost continuous crying, we were at our wits end as parents and once again went to the ER. We were admitted with a “fever of unknown origin”. She was diagnosed with Kawasaki Disease after an ECHO showed a giant aneurysm and transferred to Children’s Hospital for IVIG treatment. We later found out that she had a total of 5 aneurysms which could have been prevented with earlier diagnosis. We were in the hospital for a week before getting to go home on Lovenox therapy.

Admitted to Children’s Hospital for IVIG treatment and heparin drip. Eventually went on Lovenox injections in the hospital and discharged on them for 12 weeks after diagnosis. She was also on Plavix for a short time and will be on Aspirin for the rest of her life.

Currently, her giant aneurysm that started at 8 mm, has regressed to 4 mm and her other 4 aneurysms that were medium and small have all regressed.