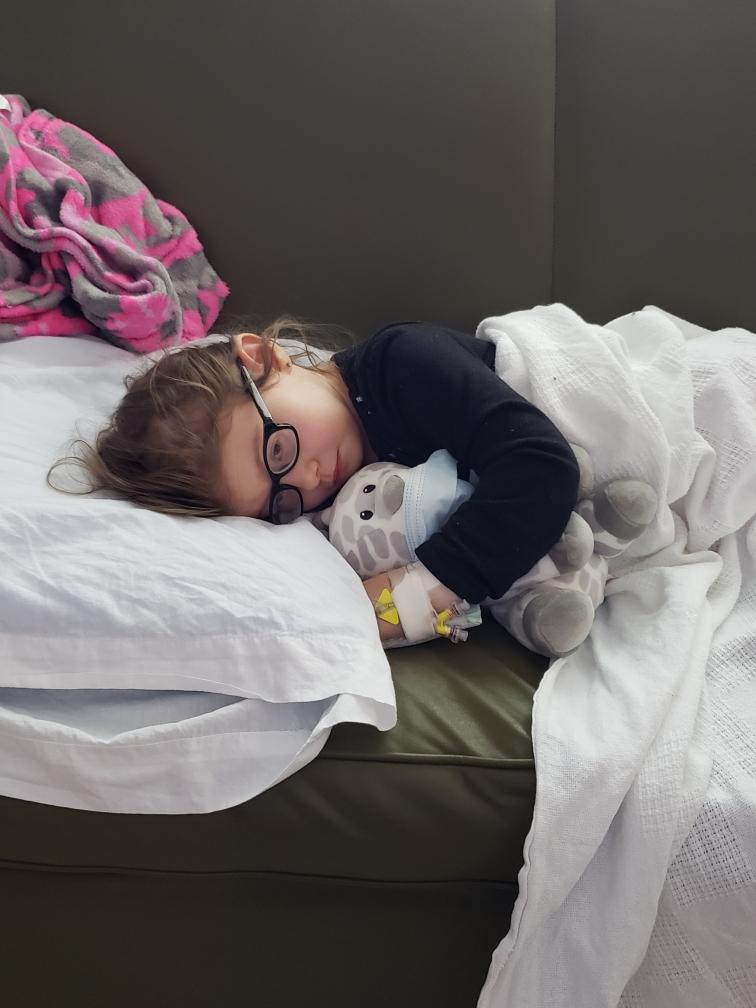 Picked her up from daycare on Wednesday and she started to get a rash. We thought she might be having a reaction to something since she has sensitive skin. Gave her some benadryl and went to bed that night was starting to get hot and gave some tylenol. Rash didn't go away by Thursday morning and she was miserable. Took her to the doctors and they test for strep and other things everything came back negative. They gave her a shot of antibiotics in her thigh. Told us to come back the next day. Later that day while in the bath trying to keep her temperature down her hands turned blue, we freaked out and went to the er. Sitting and waiting she started to feel hot again and asked them to take her temperature again. It was going up and her heart rate was going crazy and brought us back right away. They didn't even get a chance to test her for anything and wanted a ekg done on her heart right away. They told us everything looked good and just gave her tylenol/ motrin till her fever went down. Then told us that is was definitely strep due to the way her throat and her rash looked like, but did not actually test for it. Back to the her doctors the next morning, she said all the other test they ran came back negative. She wanted to give the antibiotics more time to work but wanted to have her back on Sunday. Sunday came around still fever and rash and just a exhausted baby. When being checked her private area had started to get raw, red, peeling, and white bumps. Doctor was a little confused and had someone else come and look and they just chalked it up to something vital. Said that if nothing happens by Tuesday come back. Monday morning I get a phone call from the doctor saying that we needed to bring her in that she believes that it is Kawasaki disease. We went in she got blood work and was sent to the hospital to get an ultrasound done on her heart and from there was admitted in. We started treatment around 10 pm that night. Was done the next day around lunch, when they notice a little rash coming back. They kept her for an extra day but was good to go home that next day. She had 2 checks on her heart a couple months after and is officially cleared.