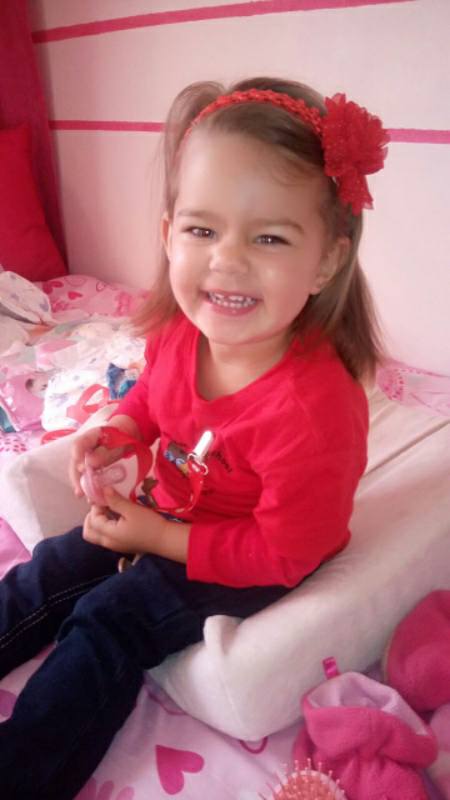 Our Little girl’s story all the way from South Africa:

Mia fell sick on 21 January 2017 which-after she was misdiagnosed with upper respiratory track inflection, she was given a dose of antibiotics and fever medication, for almost three weeks Mia had a fever on and off, and we treated it as prescribed by the doctor. On 8 February, Mia woke up with a fever of 39,7 ̊C (103.46 ̊F) and was rushed to the nearest clinic. She was again misdiagnosed with tonsils and given antibiotics and fever medication. 23 hours later, on 9 February, Mia woke up with a severe rash, red and cracked lips, swollen hands, feet and eyes, fast breathing and a fever of 41,2 ̊ C (106.16 ̊ F). We immediately took Mia to the Pediatrician whom at the time admitted Mia to the hospital for the Coxcakie virus but told us that he is not sure and she will be monitored. After 28hours of no change in Mia’s condition, and no reactions to the medication her fever going up to as much as 44 ̊C (111 ̊F) a paediatric cardiologist was called in and after a sonar of Mia’s heart and blood test results on 10 February 2017 it was confirmed that Mia has a rare virus called Kawasaki disease. 17 Hours after diagnosis Mia started IVIG treatment (Polygam 12g 400ml). 23 hours into the treatment, although there was a significant change in her condition, doctors felt that Mia was not responding as expected and the second dosage at higher hourly ml’s of Polygam was administered over 24 hours. Mia was doing fantastic with the second dosage, and her fever was down for more than 8 hours when we heard that the latest blood tests results show a new infection, after the Polygam was completed Mia received 3 dosages of Rosefien antibiotics through the IV and 14 hours later on 14 February we were discharged from hospital.

We are blessed to have such a vibrant, loving, caring, clever, beautiful and strong little girl. Mia’s strength in fighting this disease for only one year and three months has opened our eyes as to how special she truly is!!

Mia’s Heart currently shows no dilated arteries or any aneurysms. Her heartbeat, however, is still extremely fast but is monitored by the Cardiologist but currently, there are no concerns.