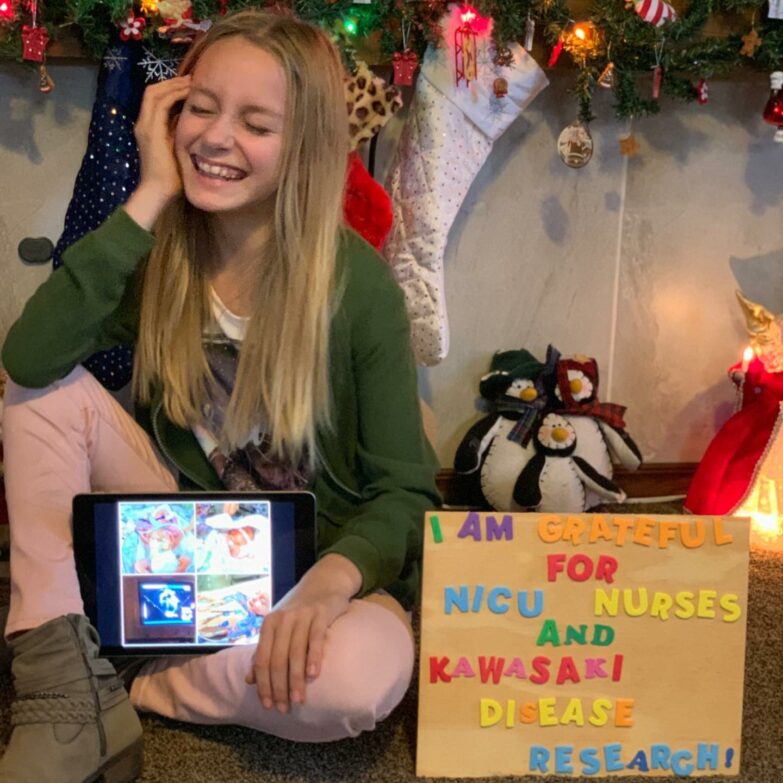 Aurora was officially diagnosed with KD on April 12, 2012, at the age of 2. She had been sick for days with high fevers peaking to 104.6, a weird rash all over her body from her head to the bottoms of her feet, then there was the peeling fingers and toes, and they still couldn’t figure out what was wrong with here. Multiple times they misdiagnosed her; first with roseola, then a viral infection followed by strep as well as hand-foot, and mouth! All were incorrect. When her fingers and toes began peeling I was so terrified I didn’t know what to do but take her to Phoenix Children’s Hospital in Arizona. After being admitted and two days of multiple blood tests, an EKG, Echocardiogram, and X-rays, we finally got the diagnosis, Aurora had Kawasaki Disease. They started her on the IVIG and baby aspirin immediately. Through the hard work that the hospital provided for Aurora, and the motherly feeling in me not giving up, we are so grateful she does not have any major heart effects, especially since it was after the 10-day mark!

Aurora did develop an autoimmune disease with occasional skin peeling reoccurrences, but other than that she is a healthy young lady who enjoys gymnastics and is getting ready to begin taking dance classes. She is well above her grade level academically, takes advanced classes, and will attend a Creative Arts Academy going forward with her academics and focus on her future acting and dancing career. 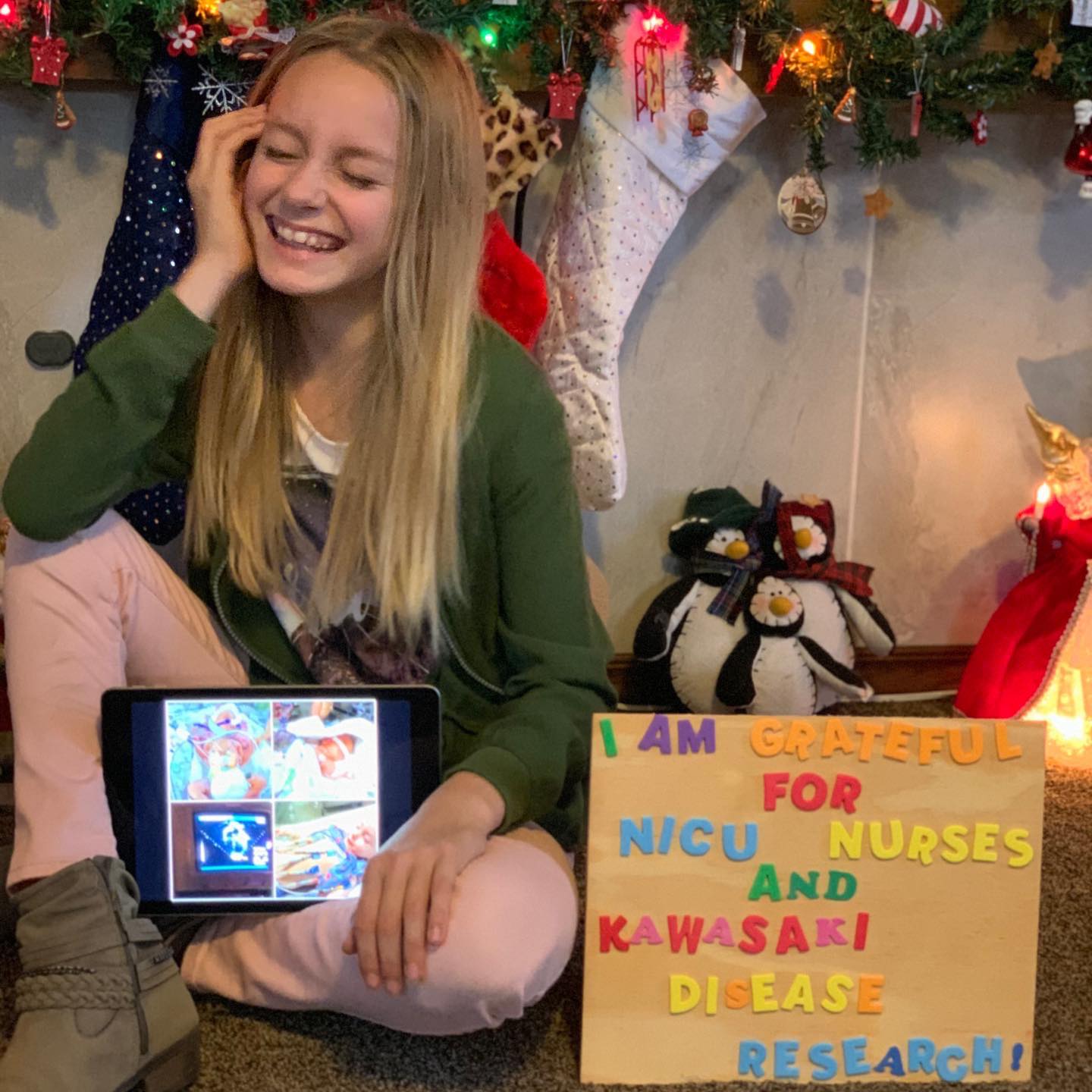