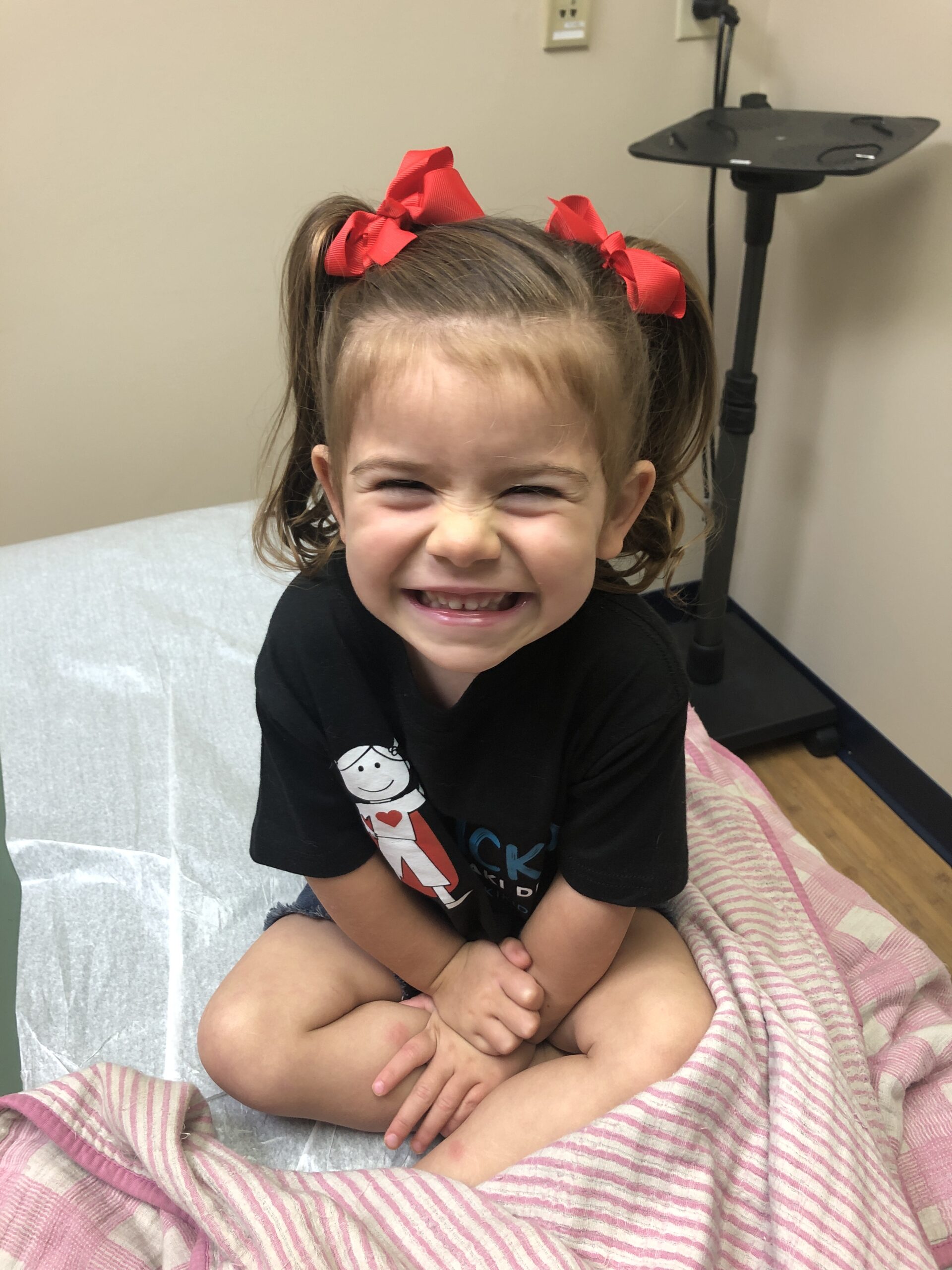 Thursday night/Friday morning woke 4 times crying that her belly hurt. No other symptoms. Took her to the ER to rule out appendicitis. Everything clear and we were home by 10am. At 1, I noticed she had a slight fever. Gave ibuprofen. At 5, she had a fever of 103.4 and started the rash. Called ER back to see if I should be concerned. They thought maybe it was strep and to take her to a quick care for a swab. My husband happened to get home late from work so they were closed. Decided I would wait until morning to take her. She still was running a fever off and on. At 11pm, she started puking. I decided at 1 am to take her back to the ER. By this time, the rash was pretty severe on her neck, trunk, and underwear area. The physician at the women’s and children’s hospital looked at her for like 5 mins, asked her story, and asked “how long have her eyes been red?” Hadn’t really noticed, just thought it was because she had been off and on crying. He then says “have you heard of Kawasaki’s?” I had but had no clue what it entailed. We were admitted. First labs, she tested positive for an ecoli and strep infection. So she was diagnosed scarlet fever and food poisoning, instead of the Kawasaki’s. 3 days worth of antibiotics and she was not getting any better. That’s when she started having flaky skin in her underwear area. So then she was officially diagnosed with Kawasaki’s. She for the ivig on day 5 of her symptoms onset . We also incidentally found that she was positive for Rocky Mountain spotted fever. Infectious disease said they had never had a kiddo pop so many positives with the Kawasaki’s. First echo has been clean so far! ❤️

Great! Thank you women’s and children’s hospital of university Missouri for our quick diagnosis and care!