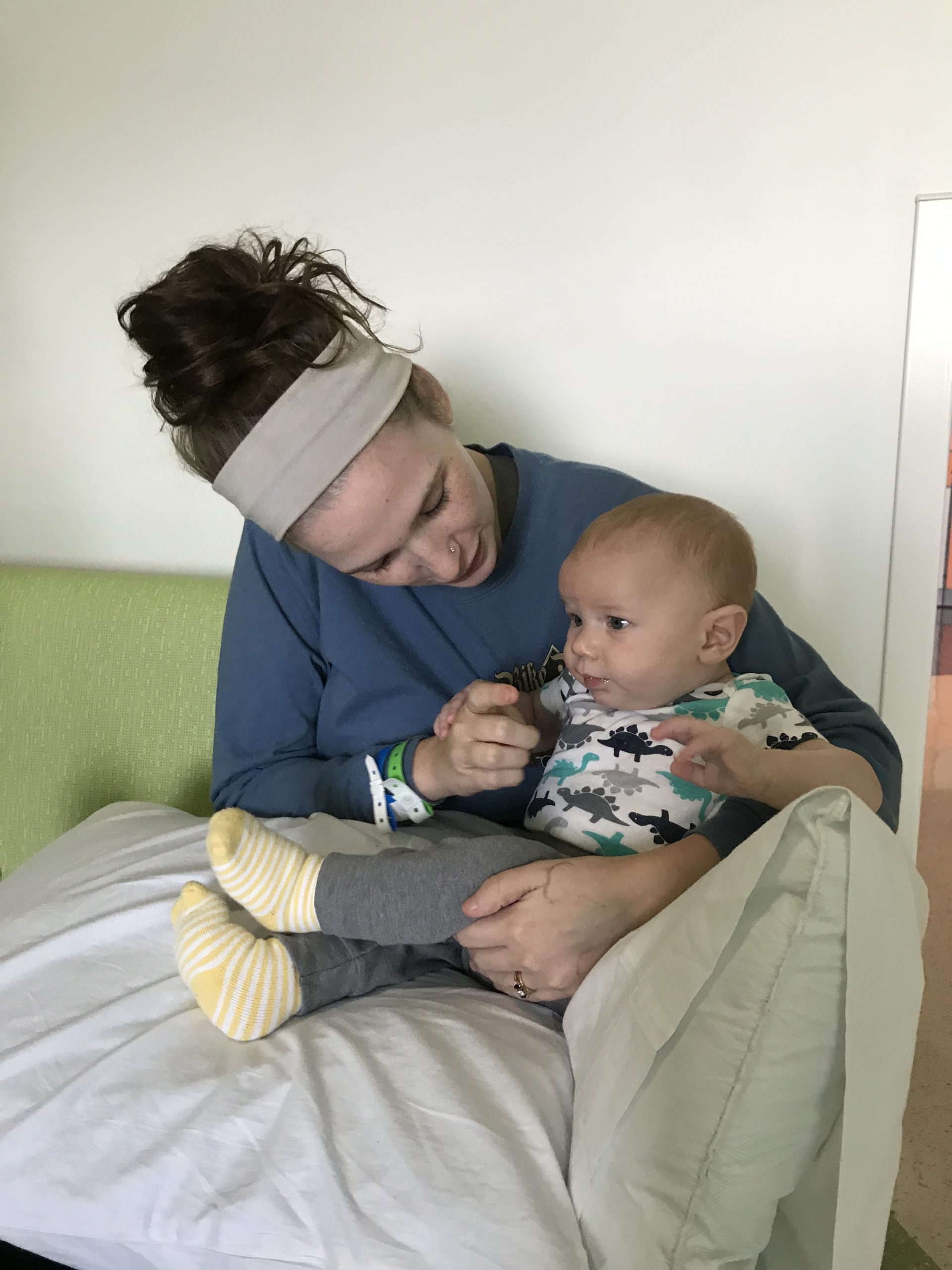 Braxton began to show symptoms, of what we assumed at the time was a bad viral infection at first, two days after he turned 4 months old. Two days afterwards, things just got even worse. His temperature wouldn't go lower than 105, the rash started to spread, he would not eat. So his pediatrician had him admitted to the hospital under the assumption it was still just something viral and he was dehydrated. After four days of running every blood test they could think of, X-rays, ultrasounds, the doctors just had no clue what was wrong. So they spoke with an Infant Infectious Disease Doctor at another hospital and they wanted them transported there. Well, within just a couple hours of being at this new hospital, a doctor asked us if we have ever heard of Kawasaki disease, because they thought that this is what Braxton had. The next morning our boy was officially diagnosed with the atypical version of Kawasaki disease. They checked his heart at the time and there were no inflammation and all looked perfect. So he was treated with an IVIG and aspirin, which he would be on for 6-8 weeks. We were told that even though we caught it early enough and he was treated accordingly, there was still a 5% chance that he could develop heart issues. So there would be checkups. He did great with the treatment and we though we had our baby back to normal. At his two week echocardiogram followup, that was completely crushed. One of the head peds cardiologist came in and informed us that his coronary arteries were both massively inflamed and he was to be admitted back into the hospital immediately to start another round of IVIG and start on blood thinners. As a parent you hate knowing and seeing your child ill, so I'll just say that this momma lost her marbles. He was acting just fine, so how could this have been happening and I had no idea? His right artery was considered giant sized and his left was medium sized. He was hospitalized for 9 days the last time, his body was adjusting to the medications as well as we hoped. We finally have him therapeutic on a medication and it has been working so far. At Braxton's last checkup, his right artery was down to a medium and the left is a small. There is a lot still up in the air regarding what the future will look like, whether they will go down completely or not, will there be any lasting damage, how many times a year will this need to be checked. But we will keep our faith that he will get completely better and just keep moving forward. Thank you for reading Braxton's KD story.

Viral infection, pneumonia, a possible cyst on his kidney

We are working to get the inflammation down in his coronary arteries. He will consistently see the peds cardiologist and hematologist to monitor his condition.