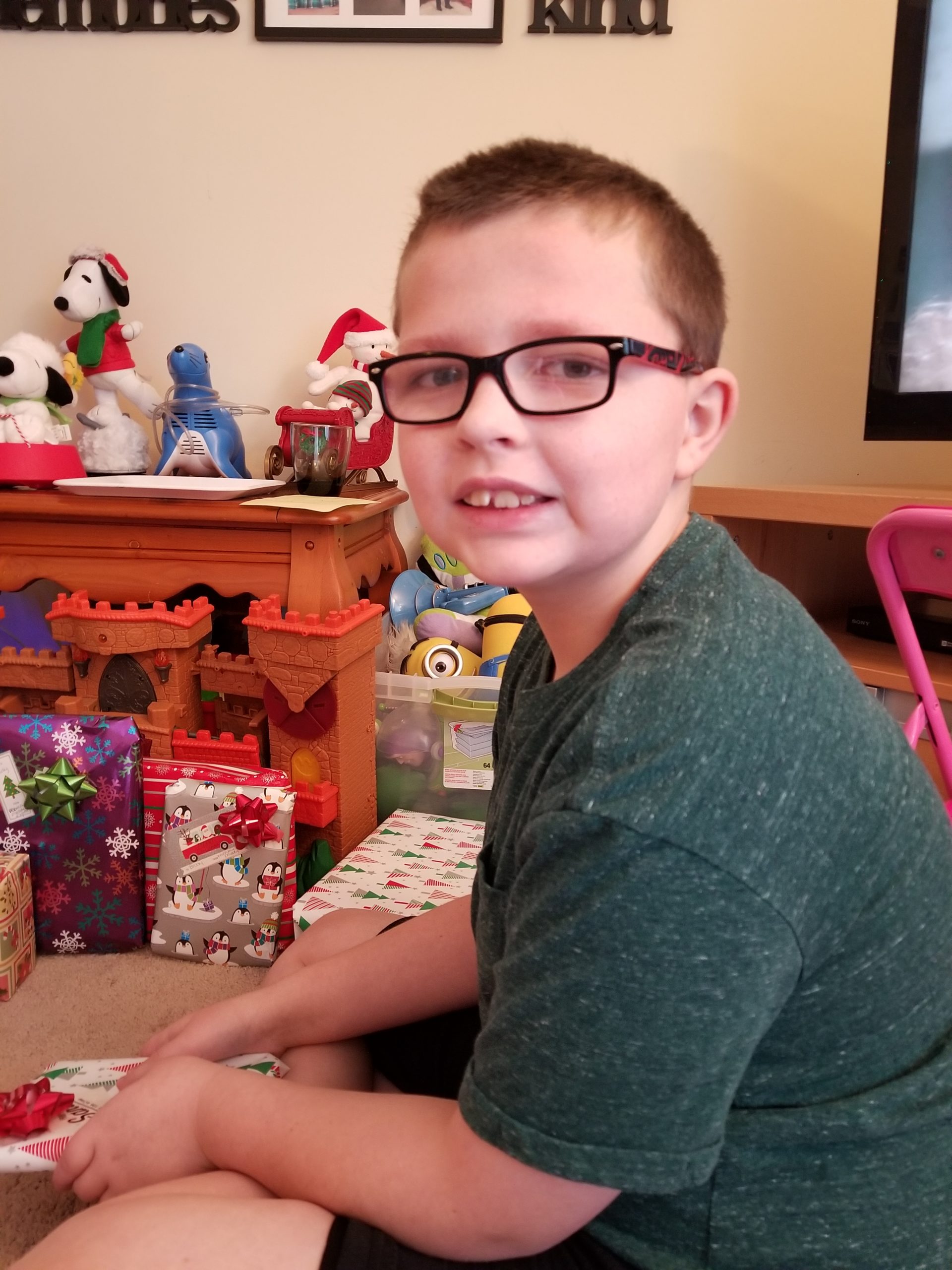 Brody was out of school for the summer, instead of starting at summer camp the next day he started with a 104 fever. I thought I'll just make him an appointment for the next morning with his pediatrician. His sister woke up that morning with a fever as well, so I just figured it was something going around. Brody's sister tested positive for strep, he did not but the doctor decided to treat him for strep. His sister was better after 24 hours on antibiotics. Brody continued to decline. I was told it could be a virus. The fever stayed at 104, he was not eating, and just wanted to sleep. The 6th day of the fever I called the emergency line when he woke up with what looked like to be pink eye but without the ooze. I was directed to take him to the hospital. The pediatric ER doctor looked him over and said I know what this is. She said its Kawasaki Diease, and he needs to be admitted and treatment needs to start to protect his heart. He had almost all the symptoms, and his blood panel came back showing inflammation.

An echo was done on his heart, thankfully his heart was doing good. IVIG was started not long after being admitted. His fever persisted after 12 hours of IVIG, we were told that they would start another round of IVIG if the fever continued. He started to complain of a sore throat. Rapid/culture strep tests were done after the fever started. Those came back negative. When he was in the ER the rapid test come back negative. The doctor decided to do another test, that one came back positive. IV antibiotics were started. By the next morning he was fever free for the first time in a week. Brody was discharged after 48 hours of being fever free. He saw the pediatrician weekly, and had weekly blood draws. He was to see his cardiologist 2 weeks after discharge. After the first week I recieved a phone call from his pediatrician saying his platelet count had skyrocketed. We were told at the hospital that could happen. He was to stay on bedrest and continue with the aspirin. After a few weeks his platelet count slowly went down. He was able to attend the last month of summer camp. He got tired easy but it was so nice to see him running around again. I seriously can not thank that pediatric ER doctor enough, I'm so thankful she knew the signs and knew would Kawasaki diease was.

Originally thought to have had strep, was given antibiotics but he did not get better. He only got worse.

Brody's cholesterol has tested high which we were told could happen. He is on a diet to keep his heart healthy. Other than that he is doing well!