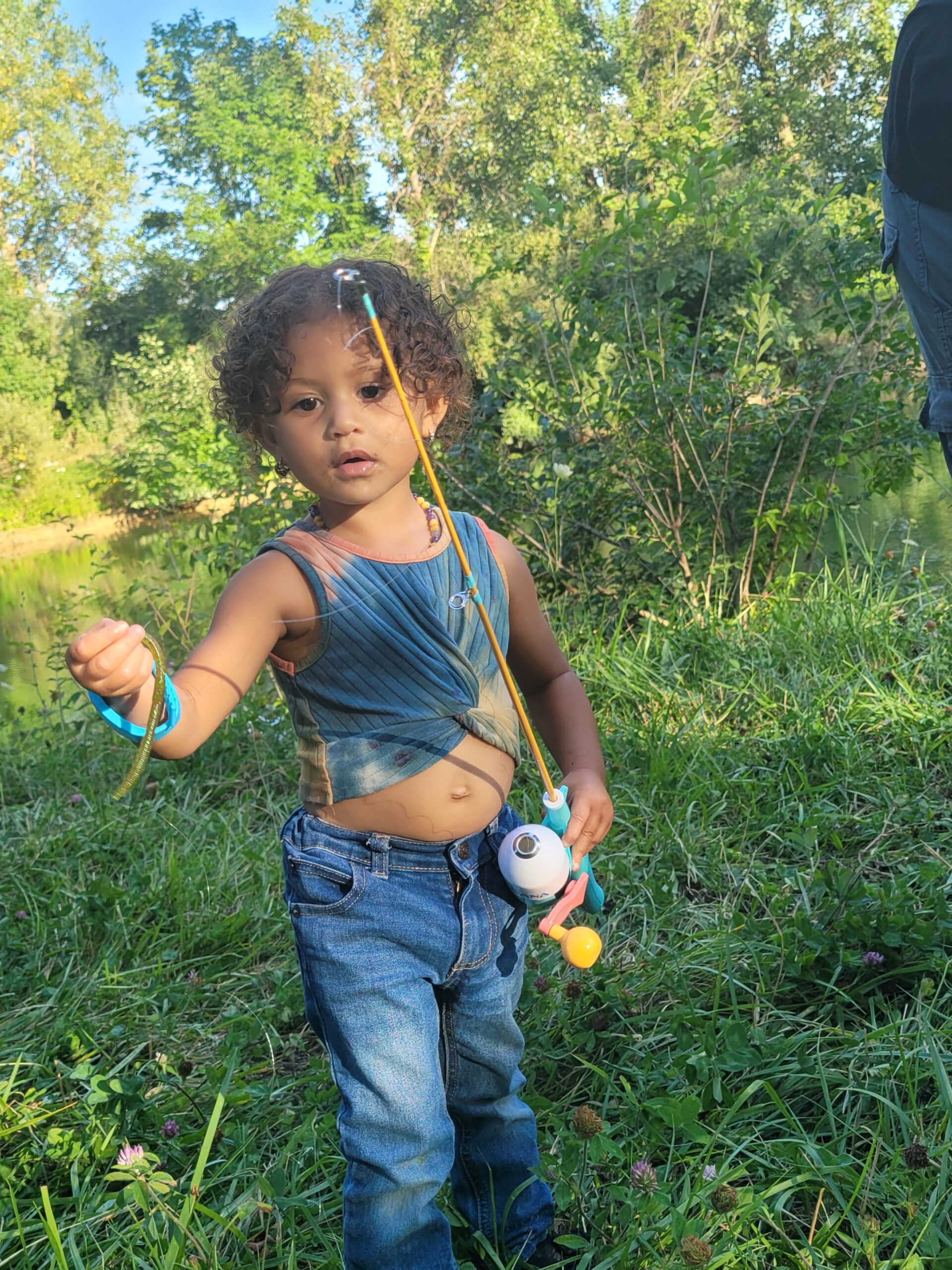 Coraline is 2 as of July.. Tuesday evening coraline began to complain her belly hurt and neck hurt. She was very sore and could hardly sit up by herself. She slept a lot and began to run a fever. Our family for the last month battled with colds and so I just thought maybe she was getting a cold. Wednesday morning I noticed her left lymphnode was the size of a gold ball and red and hot to touch. I am a thyroid cancer survivor so I called the Dr to express our concerns. They said to wait till Thurs to be seen sense her fever was present less than 24 hours. By Thursday she was so weak and puking. Coraline wouldn't play or hardly wake up. I noticed her eyes swelling and she wouldn't eat. Once we seen our Dr they did a steep test and Covid test and then sent us to urgent care. She developed a rash on her body by then. After being looked at we were told to go to children's emergency room so we did and got blood work and urine tests. We then were transferred by ambulance to the main children's were they ran more tests and coraline continued to get worse. Her fever was 104 and mouth began to develop blister and eyes turning red. The hospital thought maybe a kidney infection or Mis-c but after receiving the urine culture back with no bacteria they then brought up kawasaki disease. As this was so scary they ran a covid antibody test that came back negative and they now seem to believe it's kawasaki. Coraline by Sunday became very angry and aggressive. We are still currently in the hospital awaiting her tests for her heart and for her to heal. Our family is scared and afraid for what her future might hold and how she will view Dr's after leaving here.