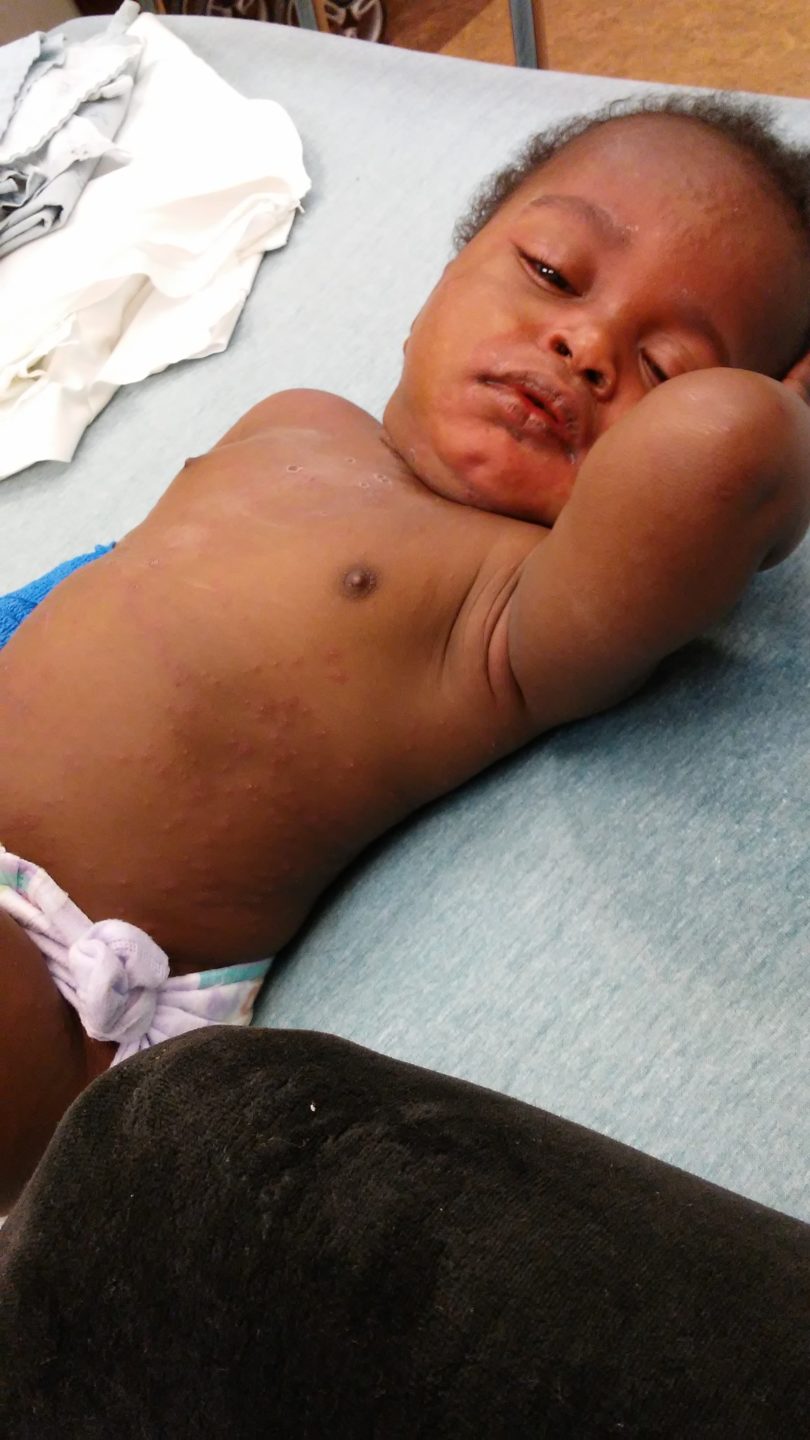 One day we noticed my son had a bite mark on his foot we thought it was a spider bite so we took him to the hospital. They piped it gave him some cream and an antibiotic so they sent us home when we got home everything seems okay at what I thought first. That following morning when I woke up I noticed he had red spots all over his body where the hives were the skin was peeling and he wouldn't stop crying so I called his pediatric office and they told me to bring him back to the emergency room immediately so I did. When we got there I demanded that they run test because last time we was there they didn't do anything. It's better than running test they took it to the bank looked at my son and thought that he had Steven Johnson syndrome. After sitting in the emergency room for about 4 hours they told me that my son was being sent to the Children's Healthcare of Atlanta Hospital Scottish Rite soon as we got there he was in trauma 4 for about 5 hours and then he went straight to ICU. At this point is still unknown as to what he has so they have him on Round the Clock antibiotics. His face then started to swell his mouth his skin started to peel around his lips and eyes and knows basically everywhere he turned red it his skin was falling off. After the second day of being in ICU Infectious Disease doctors coming to the room the first time they came in they had three guesses on what it could be Kawasaki Steven Johnson or a bacterial or viral infection. The following day another infectious disease doctor comes in he says off the top your child has Kawasaki let's go ahead and start the treatment. It gave me a little relief until I noticed what it could do to the body of infant. My son's abdomen begin to swell then his private area begin to swell and peel and his foot was already peeling in the spot where we assume the boil was at. After him being on the antibiotics for about 48 hours this will and decrease his fever broke and they unhooked them from all the ivies and the EKG monitors after that my son was able to go home now that we are home his skin is still peeling but that's going to take a while as well as the color coming back in his skin but he is now on aspirin daily and has to take creams daily. But his insurance only pays for one so I'm trying as a mother to do the best I can to comfort him in his time.

Spider bite, and hives, treated with nystatin and some antibiotic that started with a c.

Peeling skin, on Asprin daily and a bad cough, vomits due to cough 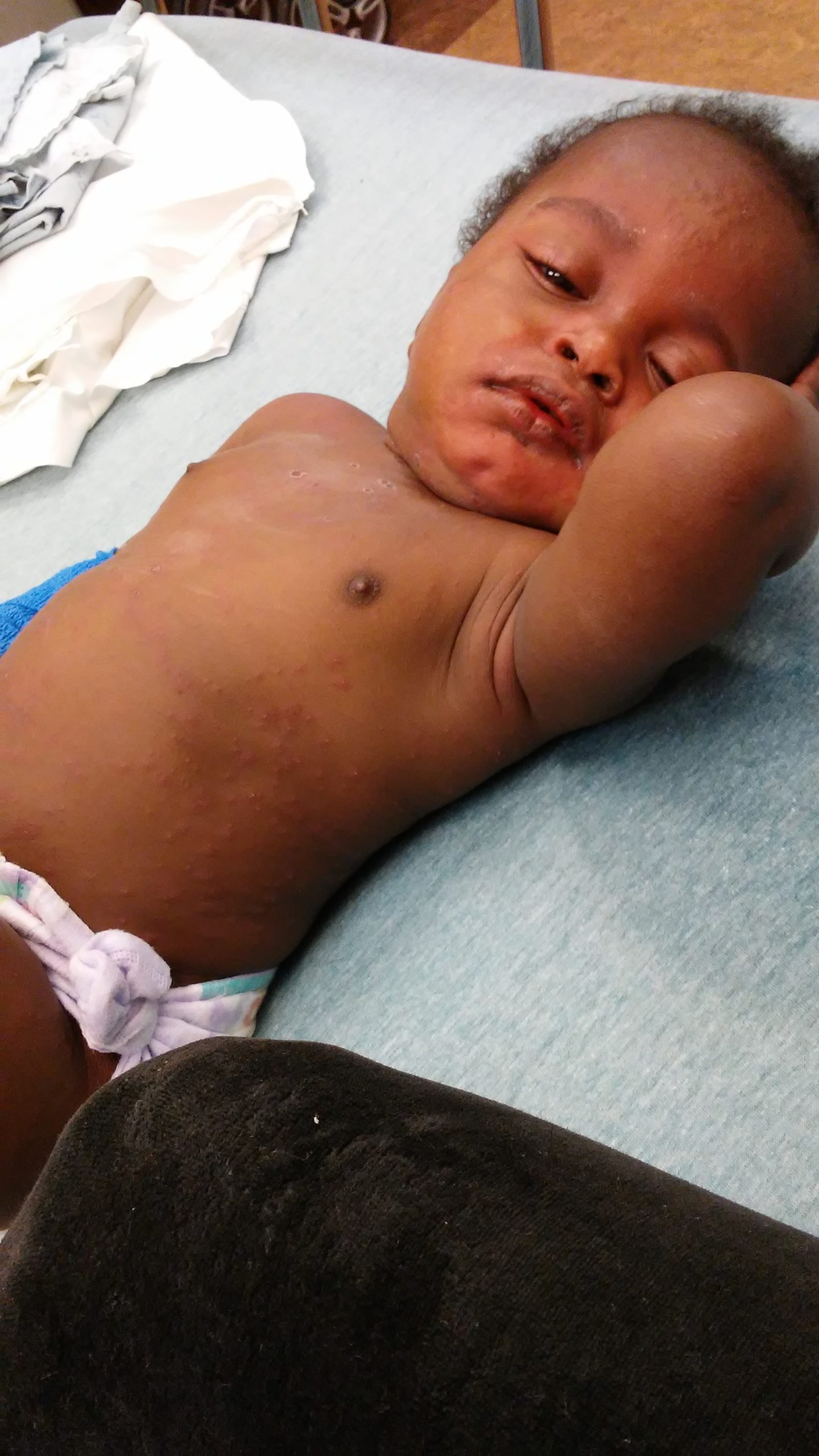