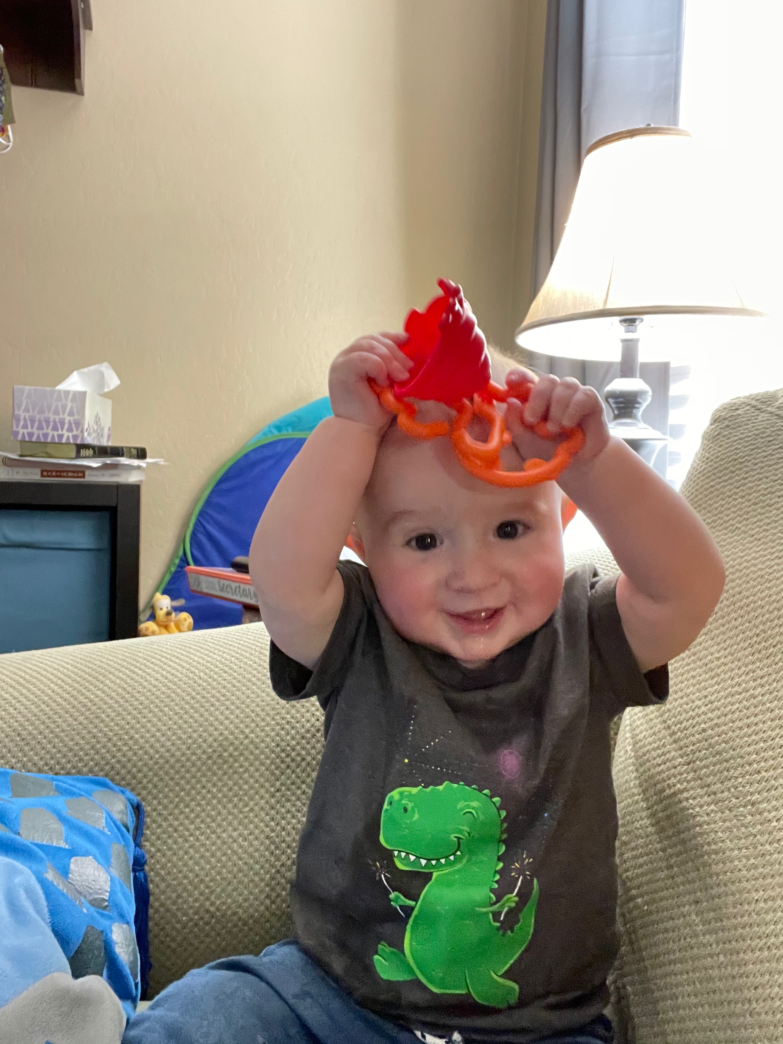 Henry started acting strange on a Wednesday. He was normally a very happy 7 month old, but was wanting me to hold him constantly that day. Wednesday night he developed a fever. By Friday, that fever had only worsened and we went to his pediatrician. He had testing done, but results were days away. By Saturday, he was vomiting, had red lips and a swollen tongue, and swollen hands and feet. We ended up in the ER and Henry was admitted that night. He was diagnosed with MIS-C Sunday night. He was treated with IVIG on Monday and was released from the hospital on Tuesday, January 26 - Kawasaki’s Disease Awareness Day! Within the next month, Henry’s diagnosis was changed to Kawasaki’s Disease by his pediatrician, rheumatologist, and cardiologist. Luckily, because he was taken to the hospital and treated with IVIG so quickly, his heart involvement was minimal. However Henry is still on the road to recovery.

Henry was misdiagnosed with MIS-C. Luckily, the treatment for MIS-C is the same as Kawasaki’s Disease, and he responded very well to the IVIG.

Henry is a lot better. His labs are still elevated 2 months later, and he is still on aspirin to help his heart. His latest EKG and echocardiogram came back good.