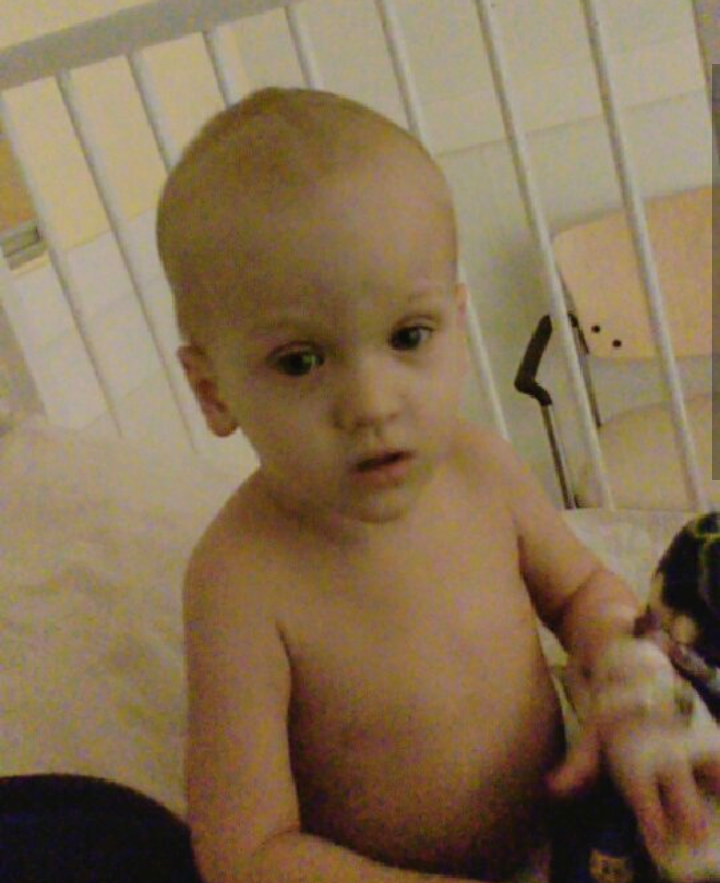 My son was almost 2 years old at the time of his diagnosis in October of 2015. He had incomplete symptoms causing a misdiagnosis of just an allergic reaction when he developed an all over body rash. We had to go back to the hospital/ doctor times (this was over 3 weeks with a high fever of about 104 and extreme moodiness) before we were taken by ambulance to Nationwide Children's hospital in Columbus to the infectious disease department where they instantly diagnosed him with Incomplete Kawasaki disease. We spent some time there and they started the IV immunoglobulin which cleared his symptoms. A couple days later his fever came back and his hands were peeling meaning the IVIG did not take care of the Kawasaki. We we're readmitted to the infectious disease department and he had to be put on major doses of steroids and a strict schedule of Tylenol/ibprophen because his fever would not go down. It was from October 31st 2015 that we were diagnosed and got out for Christmas when they though hewas stable and were back days later because he was on a major blood thinner called Plavix that caused stomach bleeding and spent new year's in the hospital and he was not eating and would not walk and was very irritable still. They talked about a chemo type of treatment to knock this out but wanted to try a once a day shot of a medication typically used to treat inflammation from authritis combined with high doses of Prednisone. After starting this treatment we just had to wait on him to gain weight because he was way below what he should have been due to not eating and finally we were discharged. Once of the artery dilation Went down they discovered an aneurysm in his heart during an echo that will cause him to be on asprin the rest of his life. He was on the shot once a day and the steroids for about 3 months before the arteries started becoming undilated.

Was diagnosed with an allergic reaction

Developed an aneurysm due to the prolonged dilation of the arteries in his heart.