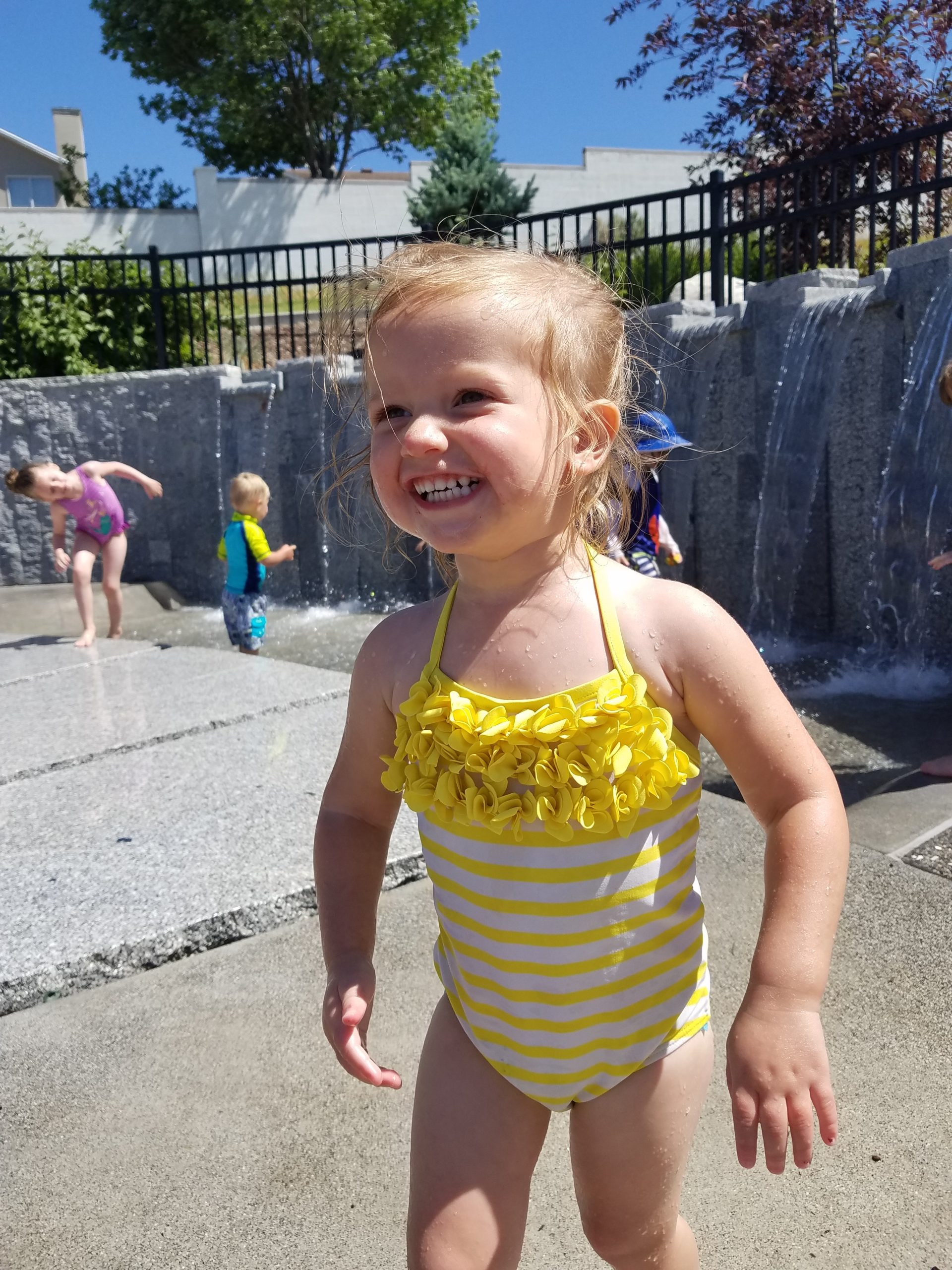 Friday afternoon we noticed Lily had a little fever, gave her some Tylenol and continued our day. That night her fever spiked up to a terrifying 105.8. We called the pediatrician who said to give ibuprofen along with tylenol to lower it.

Saturday she woke up vomiting along with 102 fever, again we called the Dr who said not to worry unless the fever went past 4 days. Sunday was the same story with a rash that had developed on her back.

Monday morning we went to the doc, who suggested it was likely adenovirus or possibly Kawasaki. We did a strep test and urinalysis and ruled out strep, UTI and ear infection. Doc told us to come back next day if fever persisted.

Tuesday came with a fever, red eyes, rash on her cheeks and strawberry tongue. We went to the doc again who ordered nasal suction and blood work and said it was likely kawasakis. Got a call later that night from doc with lab results. He told us to come to the hospital right away. Poor girl had to go through 3 IV attempts but got IVIG overnight.

Wednesday the fever came and went, her eyelids started peelinh, her lips got red and cracked. She had an echocardiogram that came back normal. Her fever came and went but was gone at about hour 30. After 36 hours we were discharged. About an hour after we were discharged we noticed her fever was back. We called the doctor and they had us direct admitted to primary children's hospital in Salt Lake. We were informed of a medical study going on we could take part in but chose to go with another round of IVIG with steroids.

Thursday we had another echo that also came back normal. No fever since and almost all symptoms have cleared. Should be going home after the 36 hours are up! We will have an echo in a week or two and another a couple months from now. She will need to see a cardiologist at regular intervals throughout her life but we are so glad we caught it quickly, that we have amazing medical resources within 20 mins of us and that we have been so well cared for by professionals and our support network!

A little cranky but so glad she's healthy!