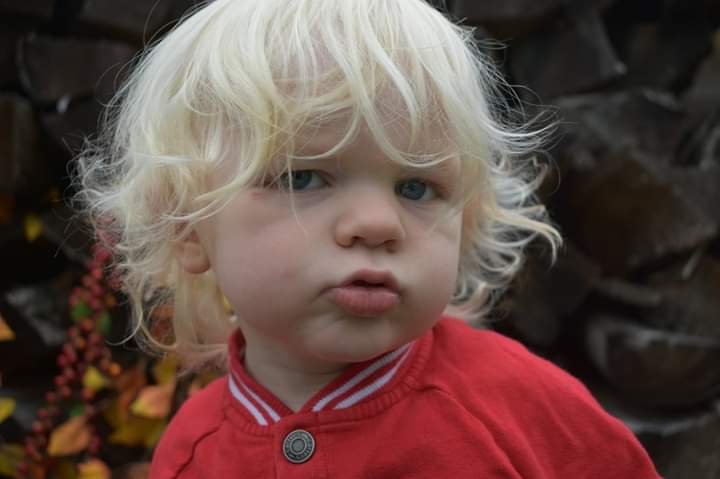 Miles started to run a fever one morning and was just not himself. So, I took him to our local hospital and the emergency room doctor told me he just had an ear infection but didn't want to prescribe him with any antibiotics. She told us to watch him and if he seems to be doing worse than to bring him back. The next morning he was doing a little worse and his temperature was higher than the day before. I decided to take him back to the hospital. This time he was diagnosed with double ear infection and upper respiratory infection. This doctor prescribed him with Amoxacillin. He then told me if he seems to be doing worse to bring him back. 3 am the following morning he woke up crying and wouldnt sleep. So I tried pushing fluids and he wouldn't drink anything. He barely slept the whole day. When his dad came home from work I decided to rush him to the emergency room. This time he got admitted due to what was thought to be Puenomia. The next morning the head physician of the local doctor office did his rounds and said that he was 90 percent sure that he had Kawasaki disease. We had to run a bunch of tests just to rule out anything else. He got transferred to a bigger hospital two hours away. When we got to the hospital we met with a pediatric infectious disease doctor. She told us that looking at his echo cardiogram and all the other lab work etc he in fact had kawasaki disease. Right away they started the ivig treatments. He got discharge two days later. He has had about 7 echo cardiograms since being diagnosed. His right coronary artery is abnormal due to kawasaki disease. On January 26th 2018 was one of the scariest days of our lives.