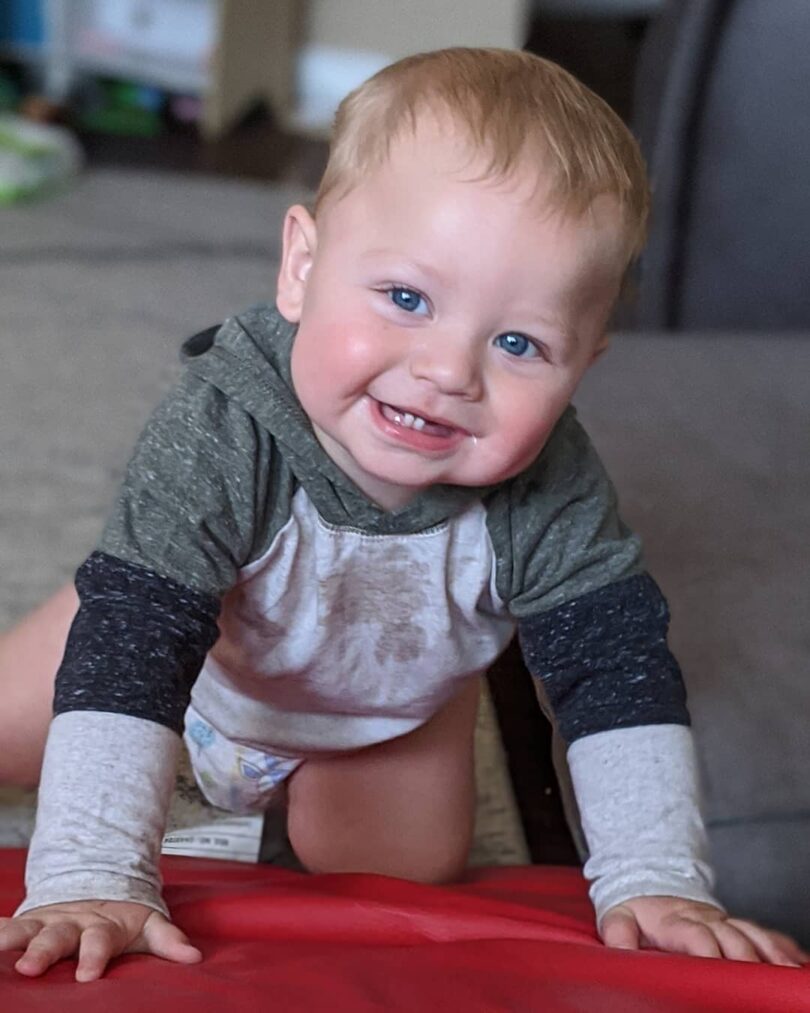 At Milo's 6 month well check appointment, his pediatrician noticed swollen lymph nodes in his neck. This caused her enough concern to send us for an ultrasound of his neck and blood work that afternoon. She told us to not be concerned but just wanted to take a look.

Prior to his 6-month appointment Milo seemed a bit irritable but nothing too concerning. we chalked it up to teething or perhaps the start of a cold. That evening, after the ultrasound and blood work, he began to get a temp. It started around 99 and quickly crept to 102 . I could tell he was feeling worse and when I would try to give him Tylenol he would vomit, this was not normal for him.

That evening I took him to the children's ER where they diagnosed him with viral bronchiolitis, prescribed amoxicillin and sent us home.

The next morning Milo began having some odd breathing episode that made us panic enough to call 911. We were taken to the nearest hospital were they began running a plethora of tests. They decided to admit us for the night just to observe his condition. At this point he was beginning to get pinpoint dots on his body. They were still under the impression that this was just viral bronchiolitis.

That evening things quickly went from okay to bad. His fever was not manageable with meds, he became covered in a head-to-toe rash and the idea of Kawasaki began to get thrown around. They didn't want to do anything because he did not have all of the symptoms yet and kept calling for opinions from other doctors.

In just a few short hours he also developed bright red eyes and swollen hands and feet. At this point they wanted to send us to Seattle Children's.

We were transported to Seattle Children's where he was admitted to the icu due to be very tachycardic. He eventually was diagnosed with Kawasaki and began IVIG treatment.

We spent a total of 9 days in hospital and ended up needing 2 IVIG treatments. Thankfully Milo had no heart involvement and will be seen again in a year by his cardiologist.

Milo is about to turn 1 and what a ride this first year has been! We are so thankful for the online community we have found through Kawasaki support pages!

First diagnosis was viral bronchiolitis and a prescription for amoxicillin. Another doctor believed that as symptoms progressed he was having an allergic reaction to the amoxicillin.

Milo has been completely back to his normal self for about 2 months now. It took a while to get the inflammation out of his system. We dealt with random low grade fevers, peeling skin, irritable sensitive skin, and diarrhea for about 3 months post diagnosis.