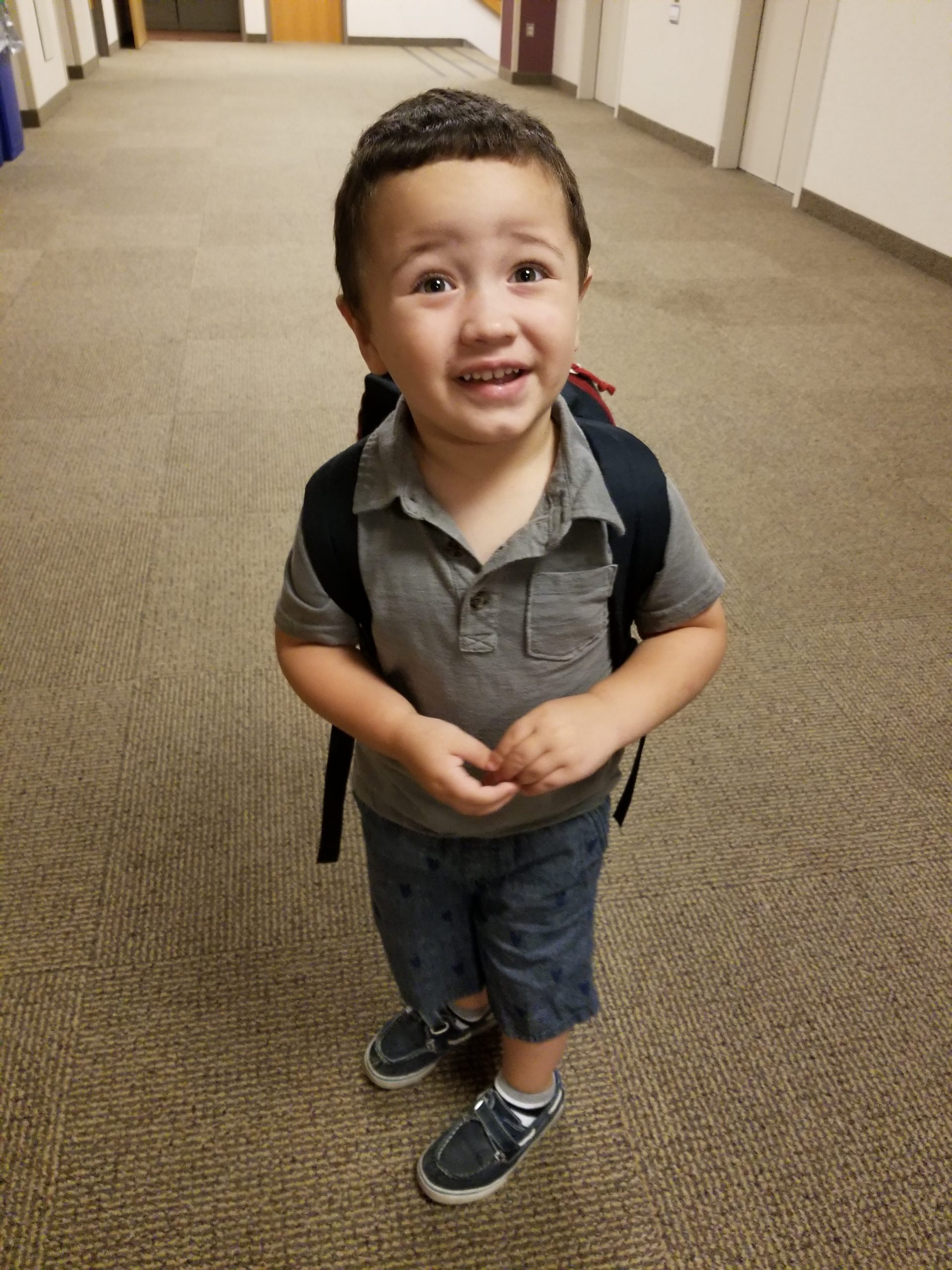 Peyton was first diagnosed at 3 months old with an upper respiratory infection at a walk-in clinic after having a mild fever for a day or so. That night, his fever spiked to 104. With him being so young and brand new parents, we rushed him to the emergency room in the middle of the night. They happily took vitals and blood samples. The first thing the ER doctor said was that right off the bat, he'd say Kawasaki disease but Peyton was only 3 months old. He had a rash, bloodshot eyes, and the fever, but that was it. He said babies get fevers to fight infections and while they were scary in one so young, Peyton was looking fine. Peyton saw his primary doctor within the next couple of days, and one more ER trip when his fever spiked to 105 in the middle of the night and we couldn't get it to come down. When his blood tests came back, his primary doctor admitted him to the hospital as his white blood cell count was very high. We stayed for 2 nights. After rounds of antibiotics, they sent us home. While we were home, we noticed Peyton still not feeling well. He would flinch every time we held him (finding out later that the fever was expanding blood vessels, making touching or moving extremely painful for him). More and more blood cultures came back negative, and when a blood sample from our hospital stay came back with an even higher white blood cell count, Peyton's primary called and said we needed to be admitted as soon as possible. Peyton had countless blood draws, spinal tap, nasal swabs, and a bone marrow test. We had a doctor of infectious diseases asking almost every question in the book, trying to figure out what this was. Doctors threw around the word cancer. Finally, on day 10, we met with a pediatric cardiologist and an echocardiogram was performed. Immediately, he could see dilated coronary arteries. Starting at 10 p.m. that night, he received a dose of IVIG. By 7 a.m. the next day, he was smiling and eating well. He wanted to be held. One more echocardiogram was ordered and showed the dialated arteries in his heart. We knew he would need close follow-ups in the coming months. He started a high dose aspirin regime then went to a low dose. After a check up recently at 3 1/2, his pediatric cardiologist noted that Peyton was aneurysm free and that he grew into his dilated arteries! We are very blessed. Now, it is our goal to raise awareness to this disease and save the next child's heart!