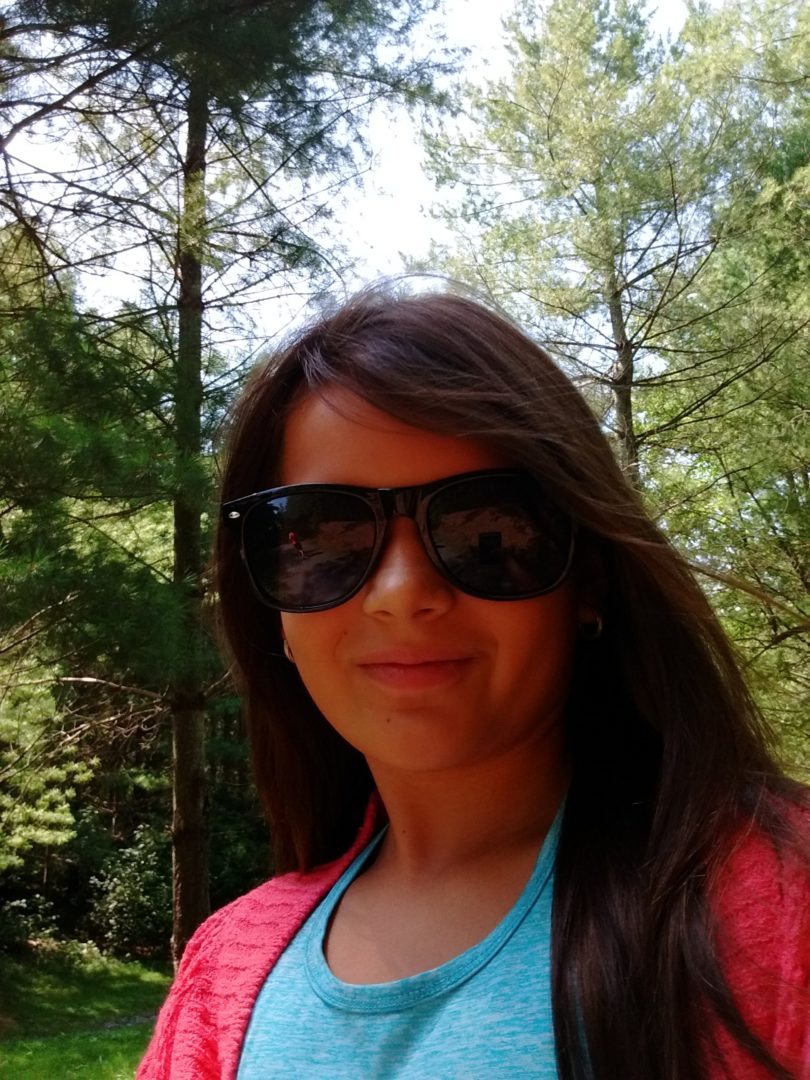 I had noticed a few hives on Skyanne's skin or maybe what appeared to be bug bites on her hand on October 30, 2018. I didn't think anything about it but on October 31, 2018 Skyanne came home from school and she had developed more of a rash on her hands and feet. We went to her pediatrician's office and she was diagnosed with hand, foot, and mouth and a high fever. By November 2, 2018, the rash spread all over her body. Her body was completely covered and we knew that it could not be hand, foot, and mouth. She also had redness in her eyes and swollen hands, feet, and face. She had no appetite and still a high fever. The doctor did an exam and tested for strep but the quick test came back negative. They did the culture and decided to check her urine as well as conduct a blood test. The doctor diagnosed Skyanne with Scarlet Fever and an acute UTI. He prescribed an antibiotic called Keflex. On November 3, 2018 there was still no change and the fever even got as high as 104. The swelling still the same but now her joints hurt when she first woke up. She said it hurt to walk and her neck was bothering her. She had a slight cough but throat seemed ok. By November 4, 2018, swelling went down a little in her face but her hands and feet were still really swollen. Her fever never went away, she was tired, and her eyes were red. My husband and I could not wait until the doctor's office opened to actually get culture results. That morning I remember laying in bed and wondering what is going on. I started researching her symptoms and found someone diagnosed with Scarlet Fever having the same symptoms and they ended up getting misdiagnosed. They had Kawasaki Disease. I kept reading and reading and I thought she had some of those symptoms.

I remember thinking gosh if this is what Skyanne has, we have to treat her sooner rather than later. I realized then you have to be your own advocate for your child. I knew things weren't right and I was worried. I figured the antibiotics should have started to work by now. I called the doctor and got results that were all negative. I said I am concerned with swelling and really wanted her to be seen. We went to the doctor shortly after. This is the third appointment now. The doctor was very thorough and looked Skyanne over. During her exam, she still had her original symptoms but the rash in certain areas was better. Even the nurse said, "you look so much better than Friday." But to me she still wasn't better. We needed to know what was going on. The doctor got another colleague in and she looked Skyanne over. I told her what we thought based on research and the doctor said she does meet some of criteria for Kawasaki Disease and said we should go to hospital where they had everything to run any blood work, EKG, and Echocardiogram. So we drove to the hospital. I remember thinking this is only a 30 minute drive but it seemed like it was taking such a long time to get there. Based on symptoms I was thinking we are still in phase one and in the five day mark for treatment.

We arrived at hospital. Our pediatrician notified the ER doctor we were coming. As soon as the one doctor looked at her he said it's not Kawasaki but luckily another ER doctor said she meets four out of the five criteria for it. I told her that's what we think it is. She started blood work. I was nervous because the other doctor didn't think it was...if not that what. I know something was going on. The inpatient team looked at her and made the final decision. They went with her having Kawasaki Disease and admitted Skyanne and will treat her for it. Luckily, the cardiologist did an Echocardiogram and everything looked fine with her heart. No damage to coronary artery. They did an EKG and that was good. Sunday night they started administering the IVIG for ten hours. I prayed that the treatment would be successful and she would be fine. She started showing signs of improvement after the treatment. By November 6, 2018 the rash was gone and swelling was almost gone. She still didn't have much of an appetite. If the fever did not come back, she could go home that evening. At 6:30 p.m. that evening, she was fever free and her eyes have also cleared up. We were so happy that we could take Skyanne home!! We have a follow up appointment with the cardiologist on November 30, 2018. Until then Skyanne will need to take two aspirins a day.

I pray that Skyanne's heart will continue to be healthy. I am so happy that I could not sleep that night and was looking up information on Skyanne's symptoms. I feel it is important to make people aware of this often misdiagnosed disease. 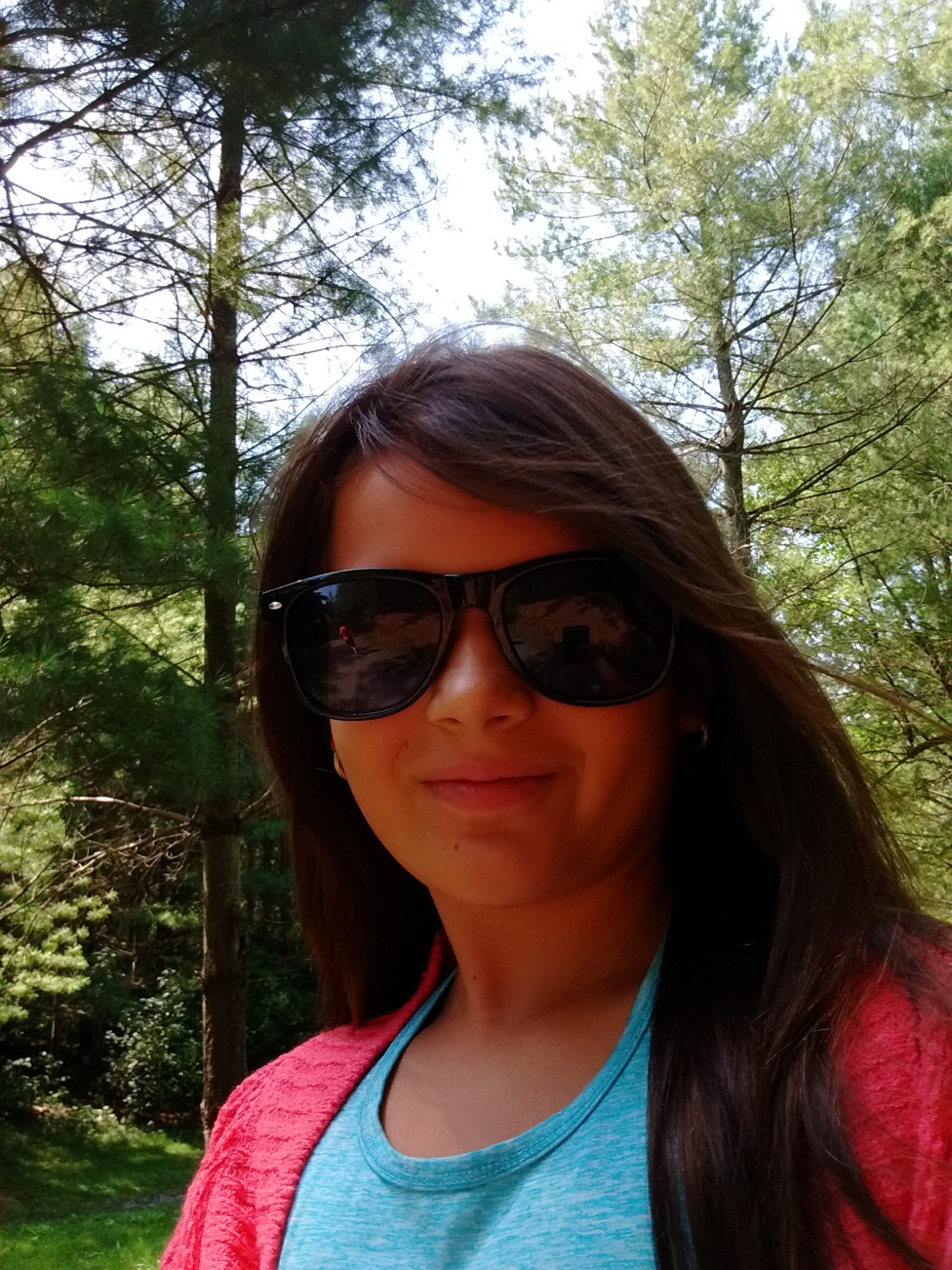