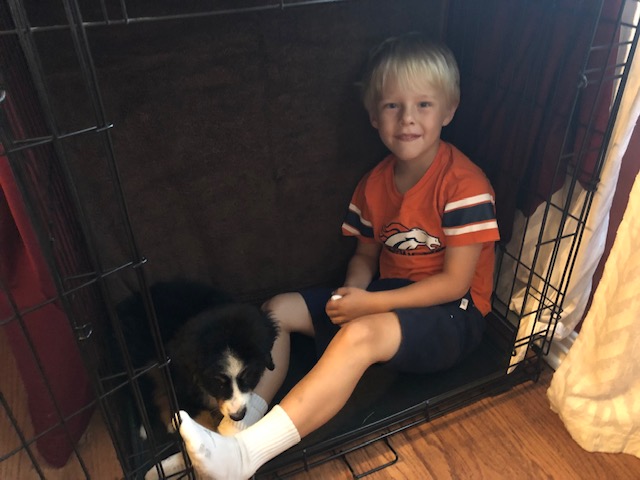 Cayden first went to the emergency room because he was complaining of neck pain and was unable to move his neck from side to side. He was diagnosed with a small abscess in the back of his throat/neck area and remitted to the hospital and put on large doses of antibiotics. He had consistent fevers and pain but they could be managed but after 2-3 days he was not getting better and they decided that surgery was the best bet to clean up the abscess. After surgery his inflammatory markers did decrease and he did feel better and he was eventually released from the hospital (on Christmas Eve). Christmas morning he woke up with high fevers again and red eyes and a rash that would come and go. He was very lethargic and so we decided to go back to the hospital and he was again remitted and they started various tests yet again. While at the hospital he seemed to be getting better but could not get rid of fevers without Tylenol/ibuprofen. Finally on day 10 they tested for Kawasaki and he came back positive and they started a round of IVIG that night. The next morning he was a different person and inflammatory markers were way down and fever was gone. The doctors at the hospital all said that they were very surprised that this was his diagnosis as he did not have all the general symptoms. We spent a total of 12 days in the hospital but were very thankful to finally receive a diagnosis.

Infection/abscess in the neck and common cold

No ongoing complications so far. Getting ready for our 1 year appointment/echocardiogram and continual monitoring.