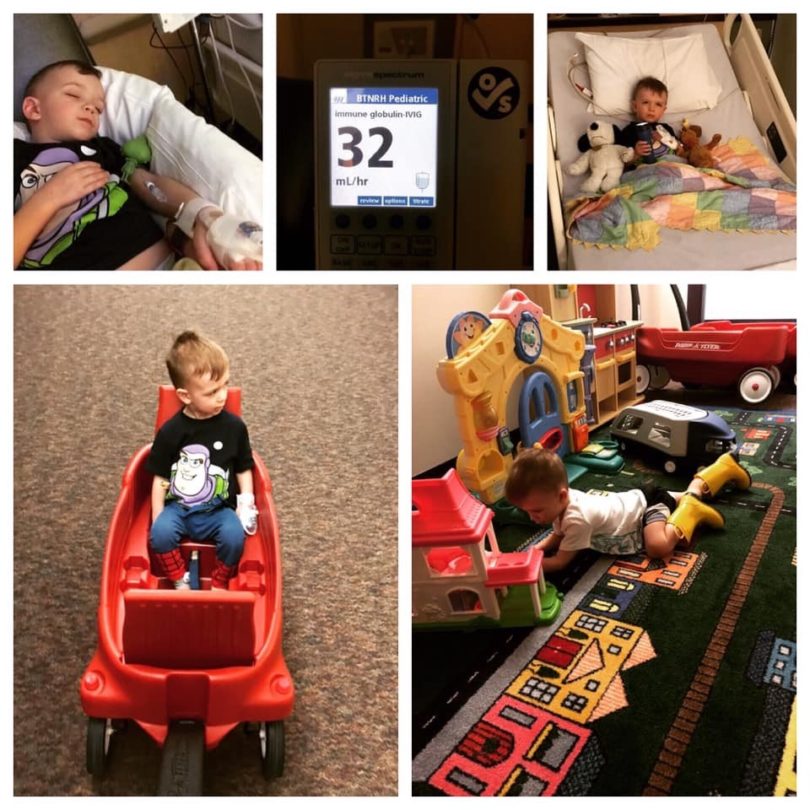 Myles has always run high fevers (103+) when he's gotten sick. So when started running a high temp at the end of February 2019 we really didn't think too much of it. After 2 days of the high fever his right lymph node started swelling, which has happened in the past as well. We went to a children's urgent care as when this has happened in the past he's been prescribed an antibiotic and things have cleared within 24 hours. After 24 hours on antibiotics there was no change in his fevers or lymph nodes. We got in with his primary care physician and they ran some blood work and were slightly concerned that the antibiotics weren't working. We were admitted to the hospital as precaution because we were to get a huge blizzard that night and his doctor didn't want things to get worse at home and then us not be able to get to a hospital or no one be able to get to us. Myles was in the hospital for 4 days and was put on a high dose antibiotics to treat what they then thought was strep. He had blood drawn everyday that he was there to be tested for anything and everything under the sun - each result came back negative. After 4 days his fever and lymph node finally subsided. After meeting with too many doctors to count he was diagnosed with PFAPA (Periodic Fever, Aphthous Stomatitis, Pharyngitis, Adenitis). We were discharged and thought everything was behind us.

2 days later his fever returned. We were back at his primary care physician's office, more labs were drawn and more tests were done. We went home and 4 hours later the doctor called and said we needed to go to the children's hospital for an echocardiogram and they suspect Myles might have Kawaska's. (Side note - our doctor's office/hospital does not have a children's cardiac unit so we had to go to a children's specialty hospital). After the echo we were to go back to our doctors/hospital and Myles was once again admitted. About 30 minutes after being admitted his primary care physician and his Infectious Disease doctor came in to confirm the Kawasaki diagnosis. He had 2 arteries that were inflamed.

Myles was immediately given 4 baby aspirins and was then taken back to start an IV. His IV was in and we started the IVIG therapy. He was in the hospital for a 2nd time for 4 more days and was finally released.

Myles is still currently taking aspirin - half a pill each morning. He has had 2 more echo's since his March 1st diagnosis. His arteries have not gotten any bigger but they have also not gotten any smaller. We were told the arteries can go from normal to enlarged very quickly but it takes time for them to go back to normal. In addition to his KD diagnosis we still have to deal with his PFAPA diagnosis, which he has had 2 'episodes' since March 1st.

It's been a tough few months but through everything Myles has been so strong - much stronger than me. My husband and I keep telling ourselves that no matter how much this sucks it could always, always be much worse.

8 weeks out, outwardly he looks great! He runs around and acts like a typical 2.5 year old. Myles is still currently taking aspirin - half a pill each morning. He has had 2 more echo's since his March 1st diagnosis. His arteries have not gotten any bigger but they have also not gotten any smaller. We were told the arteries can go from normal to enlarged very quickly but it takes time for them to go back to normal. 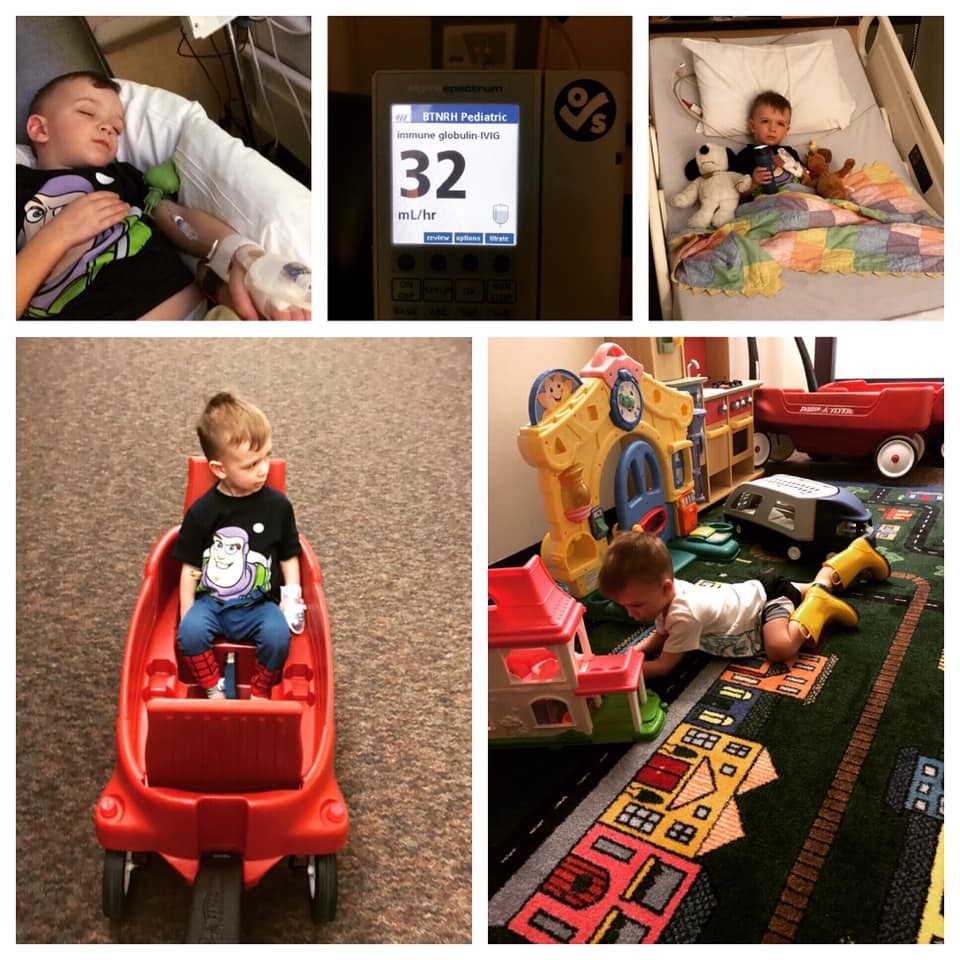