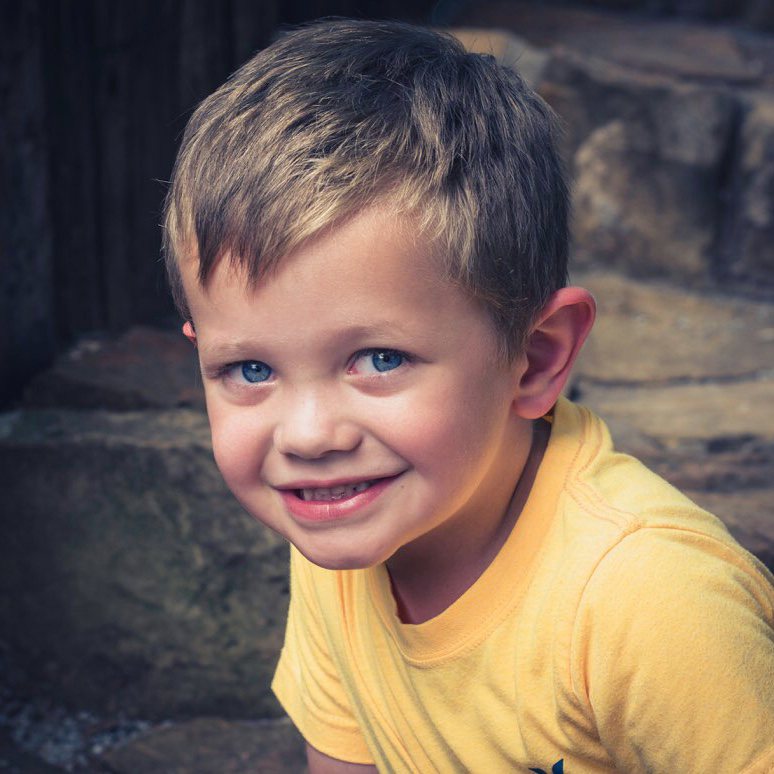 September 23, 2018 Parker had started complaining that his ear and neck hurt, and he had started getting a mild fever. The next Day I took him to a children's after hours clinic where they diagnosed him with Cat Scratch fever. (Our cat had swatted at him a couple days earlier but never left a mark.) They prescribed antibiotics and we started those immediately. Over the next two days he progressively started getting worse. High Fever, Rash, bloodshot eyes. On day 3 he was taken to his pediatrician who diagnosed him with Mono. Lab tests were done and sent off, came back negative for mono. At about this point I heard of my cousin's baby who had Kawasaki's Disease just a month prior to all of this.

Parker's symptoms matched exactly to the Symptoms of KD. On day 5 we went back to the pediatrician and told them about my cousin's baby. Although they had never actually seen a child with KD, they agreed that this was Kawasaki's Disease and we went straight to Children's Hospital. There we learned that even though we had caught this on day 5, Parker still suffered multiple coronary aneurysms, one of which is a giant aneurysm. They immediately started the IVIG treatment and it did it's job. The symptoms of KD slowly started going away. By the end of our 10 day stay at children's hospital, Parker had develpoed Myofascial Pain Syndrome which caused his joints to swell and his muscles hurt. He had a hard time walking and using his arms/hands for about 2 weeks after leaving the hospital. Parker takes 5 medications now due to his Coronary Aneurysms, Plavix, Atenolol, Adult Aspirin, Coumadin & Prilosec, all of which he takes daily.

We are now 6 months post KD and so far Parker's heart function is good and his Aneurysms are stable. We go about every 3 weeks to do an INR check and around every month or so for Echo-cardiograms and EKG's. I think at some point they will want to do a heart cath to get a better look at Parker's heart.

Parker has bounced back to his normal spunky self. His heart function remains good and his Aneurysms are stable. Regular INR checks, Echo & EKG's.